Would you like to switch to the accessible version of this site?

Don't need the accessible version of this site?

We know that when people can be in action it helps mitigate the sense of powerlessness that often accompanies natural and man made disasters.
- The little boy who tunneled to ground level, leading to the rescue of the other children in a hijacked and buried school bus was the only one with out serious consequences related to the incident.
- Individuals who were able to work to support the recovery effort at ground zero and other places following 9/11 reported feeling better than the individuals who didn't or couldn't.

Here is a story of one young boy's efforts that are helping so many to be in action and to feel better. People from NY and other places are taking his challenge. I invite you to consider doing the same. 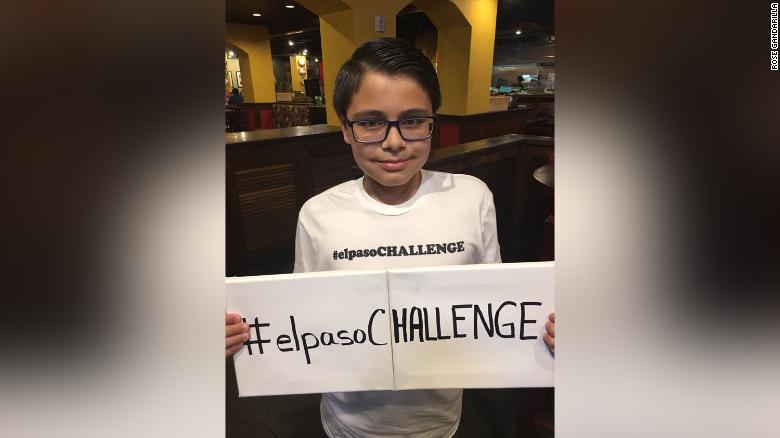 Ruben Martinez, 11, has a challenge for El Paso residents that he hopes will help them heal after the Walmart shooting.

(CNN) Sixth-grader Ruben Martinez wants to hold up posters, pass out flyers and promote a challenge on Facebook he thinks will help his Texas community begin to heal from a devastating shooting that claimed the lives of 22 people and injured 24 others.

He calls it the #ElPasoChallenge.

Here's how it works: The 11-year-old is challenging each person in El Paso to do 22 good deeds for others --- one for each of the victims shot and killed when a white supremacist began firing Saturday inside a Walmart. 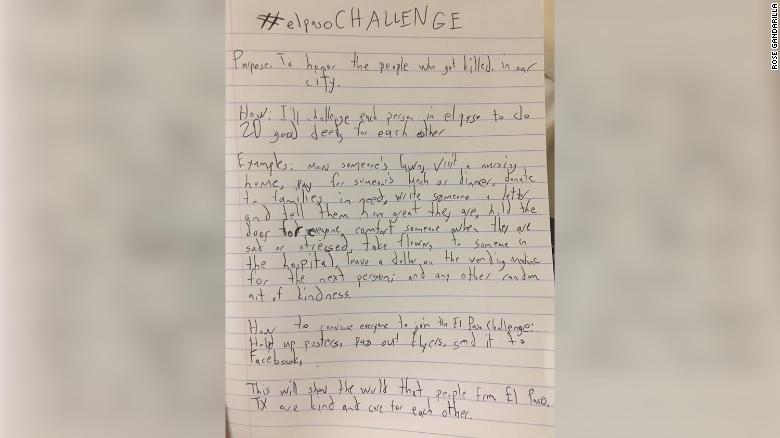 You can mow someone's lawn, visit a nursing home, pay for someone's lunch or dinner, donate to families in need, write someone a letter and tell them how great they are, hold the door for everyone, take flowers to someone in the hospital or leave a dollar on the vending machine for the next person, the young boy suggests, among other ideas in a list of "kind acts" examples.

The point is for people to "be kind to each other all day, every day," his mom, Rose Gandarilla, said. Her son's idea, she said, came after Ruben told his mom he didn't want to go shopping at stores anymore, asking if they could find a delivery service instead.

"He was having some trouble dealing with what happened," Gandarilla told CNN. "I explained to him that we could not live in fear and that people in our community are caring and loving. I told him to try and think of something he could do to make El Paso a little better."

So, Ruben went to his room on Sunday, brainstormed and came up with the challenge --- and he's already leading the way.

"Last night, he agree(d) to go out to do his first act of kindness," Gandarilla said Monday. "He chose to go deliver dinner to our first responders."

The young boy and his mom have been to multiple places -- Walgreens, Barnes & Noble and Sprouts --- to spread the message.

"He seems to be doing better and says that hopefully, the world will be a better place with all these random acts of kindness."